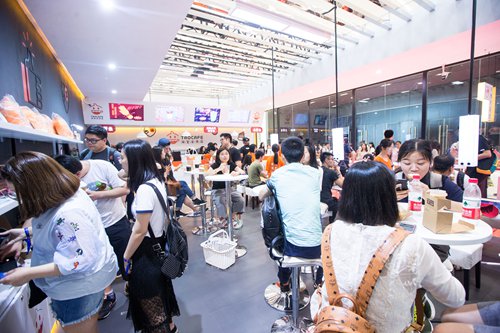 Customers spend time inside a cashierless retail store in July 2017  in Hangzhou, East China's Zhejiang Province. The store utilizes a number of technologies, including QR code scanning, facial recognition and voice recognition, to make sure no cashier is needed when customers come out of the store with the purchased item. Payments are automatically made when they exit the shop. Photo: CFP

A big data project is being developed in China and expected to provide voiceprint services to operate smart devices and make online transactions with higher security than fingerprints or facial recognition.

The city of Ulanqab in North China's Inner Mongolia Autonomous Region has signed a deal with d-Ear Technologies, a Beijing-based voice recognition company, to build a cloud data center for voice identity verification, an official from the big data management bureau under Ulanqab's cyberspace affairs office, told the Global Times on Monday.

The voice recognition feature first asks users to record a voice sample which will be stored in the data center.

Whenever a person wants to log into an online bank account or make transactions, the person could record a new voice message for the central processor to compare. If the two messages match, the operation will be approved, according to a white paper on voice recognition d-Ear Technologies sent to Global Times.

Some banks have adopted voice verification technology in their apps, which can also be used by people on smart home appliances, and for government to spot thieves and prevent social security fund fraud, the white paper said.

Government can adopt the technology in cases requiring real name authentication as voice information is unique to every person, said the company.

Zheng Fang, the founder of d-Ear Technologies and professor at Institute for Artificial Intelligence of Tsinghua University, told the Global Times on Monday that the voice carries rich information and is hard to imitate or spoof, which makes it a safe and convenient way to verify a person's identity.

The voice is one of the most secure identity authentication methods as voiceprint, carrying behavioral characteristics, is difficult to steal, unlike physiological features such as fingerprints and faces, Zheng said.

Stealing fingerprints can be achieved by making a fingerprint membrane, and the tools are available online. Media reports have also revealed cases where money was transferred through facial recognition by an acquaintance while the victim was asleep.

Zheng noted that the voice carries rich information difficult to copy, including the content, dialect, emotion and phonetic information embedded in a voice message. Voiceprints can be combined with dynamic pin codes or passwords to provide extra security, he said.

Voice recognition is also cheaper as it only needs a microphone while others need more expensive sensors for faces and fingerprints to prevent spoofings, Zheng said.

In the future, people may get rid of physical cards as their voice will be their ID, credit, social security cards and driver's license, Zheng said.

The voiceprint project, which was signed during a summit on big data security in Ulanqab on Thursday and Friday, will expand its service to neighboring Ningxia Hui Autonomous Region as well as the provinces of Shanxi, Gansu and Qinghai in the next two to three years, according to the government official from Ulanqab.

In 2016, China launched a big data zone in Ulanqab to promote the development of the big data industry after the Gui'an New District in Southwest China's Guizhou Province. Companies like Huawei, Apple and Alibaba have established data centers in Ulanqab. 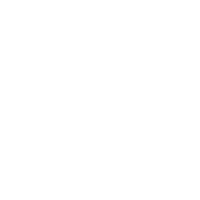